SAP lining up a bright future for ICT youngsters

The potential for developing young ICT talent in Australia is rapidly gaining momentum under the SAP Young ICT Explorers competition, which has grown since its inception six years ago.

What began as a single event in Brisbane featuring 10 schools and 70 students has grown to seven events across six states and the ACT. It features students from year three to twelve competing in five categories.

Digital Careers national program director and founder of the initiative, Dr Karsten Schulz, told ARN the idea spawned from an examination of the existing Australian primary and secondary curriculums and its shortcomings.

“In 2008 we saw what was happening in classrooms around the country, students were being taught word processing and Office tools, and that is important for digital literacy, but it is not what we think the country needs in order to secure future prosperity,” he said.

Schulz said that there are no restrictions on the entries because the idea was to allow students to be limited only by their own creativity.

“There are a number of activation points where we have to catch these kids at, and keep them involved and engaged. Young ICT Explorers is one of those programs where students work for weeks and months on their creations and are absolute owners of their projects,” he said.

The initiative has been backed by SAP from the start when Dr Schulz was working at the software provider as head of its research division in the Asia Pacific region.

From the vendor’s point of view, the initiative is more than an just exercise in altruism or good public relations.

“By doing it, we benefit ourselves, our industry and our customer’s industries,” SAP vice president and general manager of global partner operations, Greg Miller, said.

“I feel privileged that the company has backed us in investment, people, time and resources because clearly there is a need.”

Governments at federal and state level have not as yet pledged any direct support support for the program, but have funneled support through the National Information and Communications Technology Association (NICTA) that Digital Careers is part of.

Both Schulz and Miller have called for direct involvement from government in the program but they are not waiting. Plans are already in place to expand in 2016.

“Once we establish ourselves in every major city, the next phase will be to move to more regional locations,” Miller said.

“If I get my way with the resourcing I need, we want to get going in Darwin and Adelaide and probably Auckland. Those will be priorities as well as expanding into regional towns.” 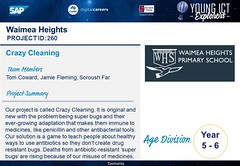 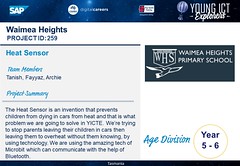